IMG_011 GEORGIA. Tetriskaro’s district, 70 km west of Tbilisi. 2009. An elderly georgian refugee in the courtyard of her house in this new settlement, she moved in from the Kodori Gorge, in the Upper Abkhazia. In this new settlement of 29 houses staying 9 families, at the moment, the houses and the surrounding lands were bought by the Georgian government. With a population of only 4,4 million people, this harsh situation for refugees has affected in impressive way at the general situation of the georgian society and has put serious problems and impediments at its development. 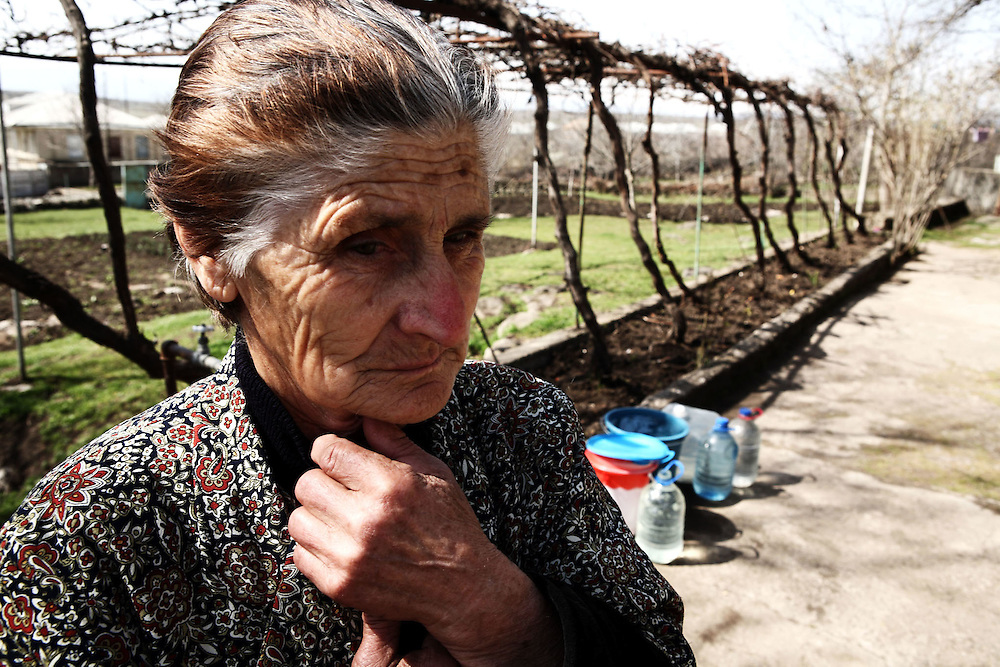