IMG_0003 RUSSIA. Western Siberia. Slavjanka. 2015. A boy at the Caritas Child Center “Hope”. Children and teens tend to attend several courses such as Russian language, behavior, ethic, cooking and theatre. Slavjanka is a small village about 160 km south of Omsk, in the county of Novowarschavka, near to the border with Kazakhstan. Half of the adults have no jobs and have low paying casual jobs. The alcohol consumption grows with the lack of any prospects. Almost every family is touched with alcoholism. The adults and children feel completely out of place and have difficulties integrating. Caritas assists children and teenagers whose families have been hit especially hard by poverty and lack of prospects. Some children need psicological support to deal with family problems such as poverty, domestic violence and alcohol. 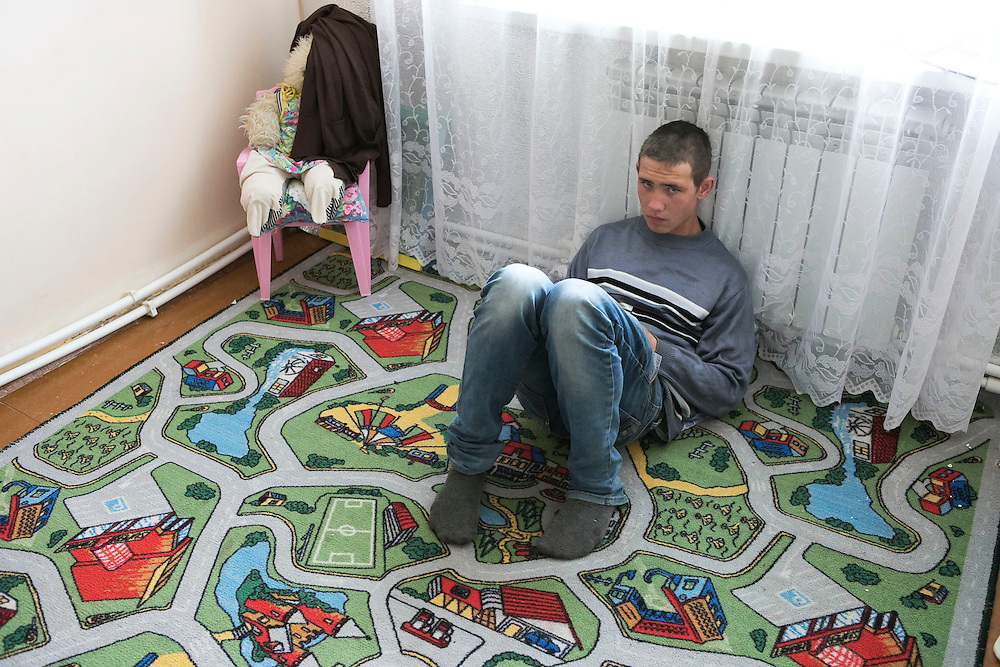