IMG_0790_GEORGIA. Nikosi. 2011. A group of boys seen at the local parish church. Nikosi is located less than a kilometer from Tskhinvali, the capital of the breakaway province of South Ossetia. This area has been the stage of intense firefights during the 2008 war against Russia, now the tension remains high along the “de facto” border. Many of the inhabitants of the area are still living beyond the last Georgian checkpoint, in a "no man's land" between Georgia and South Ossetia. 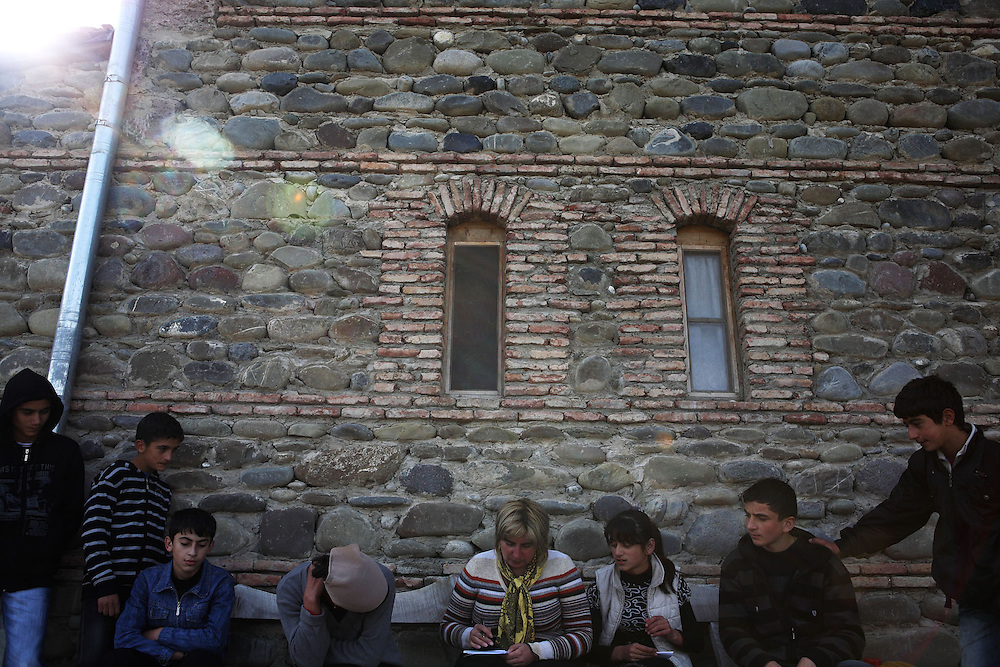