IMG 2866 GEORGIA. Kutaisi. 2007. Priests during vespers. Faith is one of the people’s most important values for the Georgians. Among the Christian communities of the Near East, Georgia is one of the most ancient, for in 327 Christianity was declared to be the official state religion. This church was originallyy an Orthodox Church, later acquired by the Roman Catholics who modified its architecture, closed by the Soviet authorities and then returned to the Orthodox Church in 1989. 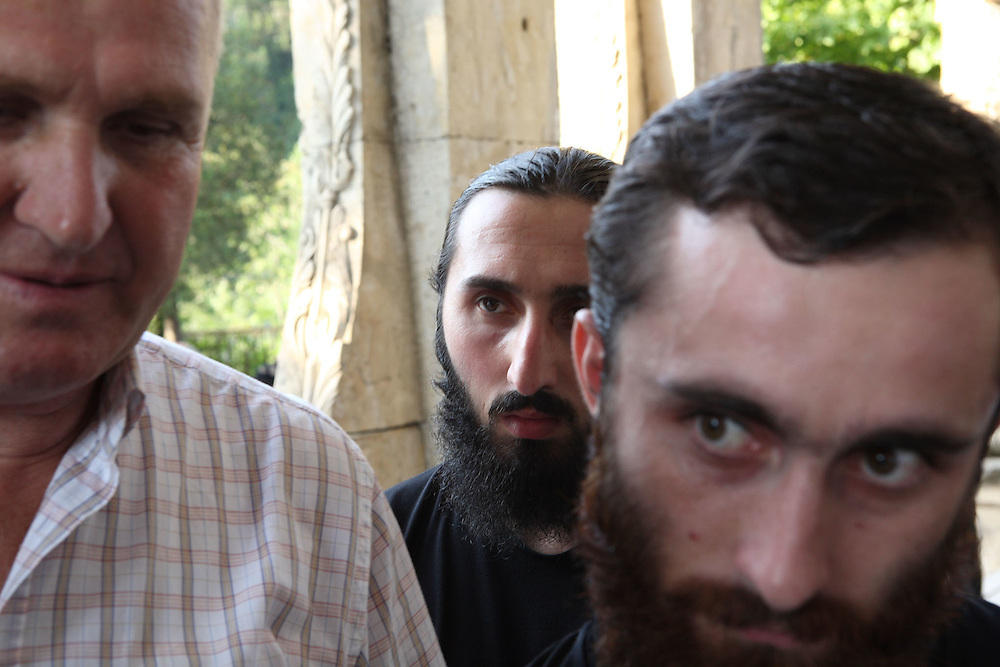