IMG_026 GEORGIA. Gori’s district. 2009. The ceremony of delivery from the German Government, represented by the German ambassadress Patricia Flor, to Koba Subeliani, Minister for the Refugees of the Georgian Government, of 300 new houses for Georgian refugees fled from the South Ossetia and Kodori Gorge, in the Upper Abkhazia. After the end of the war with Russia of August 2008, it was started a building program of 4.542 new house in the regions of Kvemo Kartli, Shida Kartli, Mtskheta-Tianeti and Kakheti. The houses have three rooms and have the supply of electricity, gas, heating and potable water. International community has given Georgian government 4,3 million dollars, of which 700 million dollars destined for the housing and the facilities. 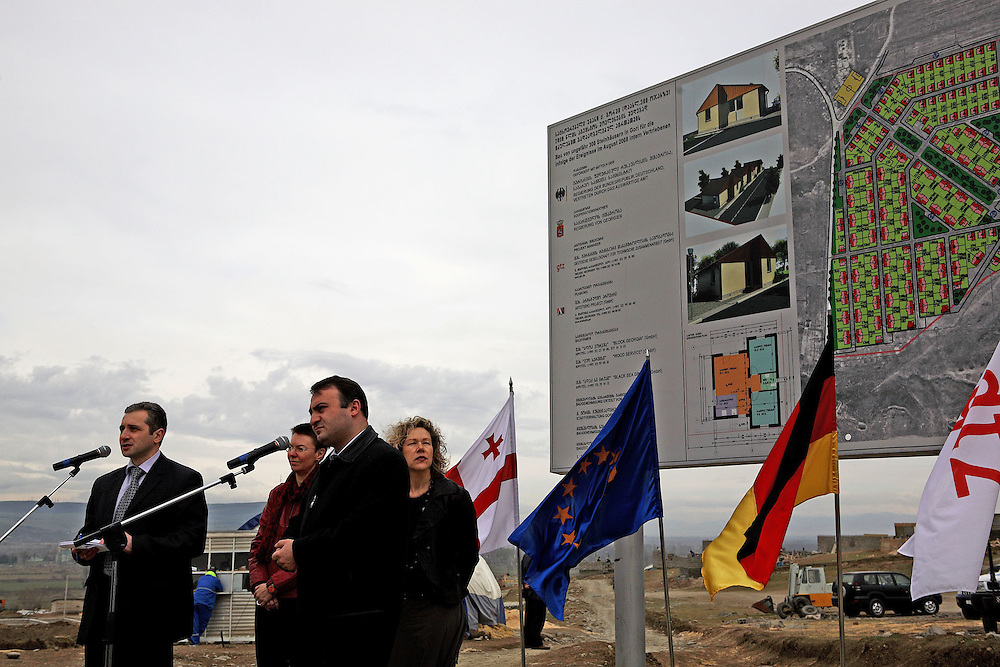