IMG_9961_GEORGIA. Dodo Gareja. 2011. A monk seen at rock-hewn Georgian Orthodox monastery complex (Lavra in Georgian) on the slopes of Mount Gareja, in the south of Kakheti, about 60-70 km south-east of the capital Tbilisi, near the border with Azerbaijan. The complex includes a dozen of cells and a refectory hollowed out of the rock face. The monastery was founded in the sixth century by the Syrian monk Dodo, one of the 13 Syrian Fathers who founded monasteries in the regions of Kartli and Kakheti. 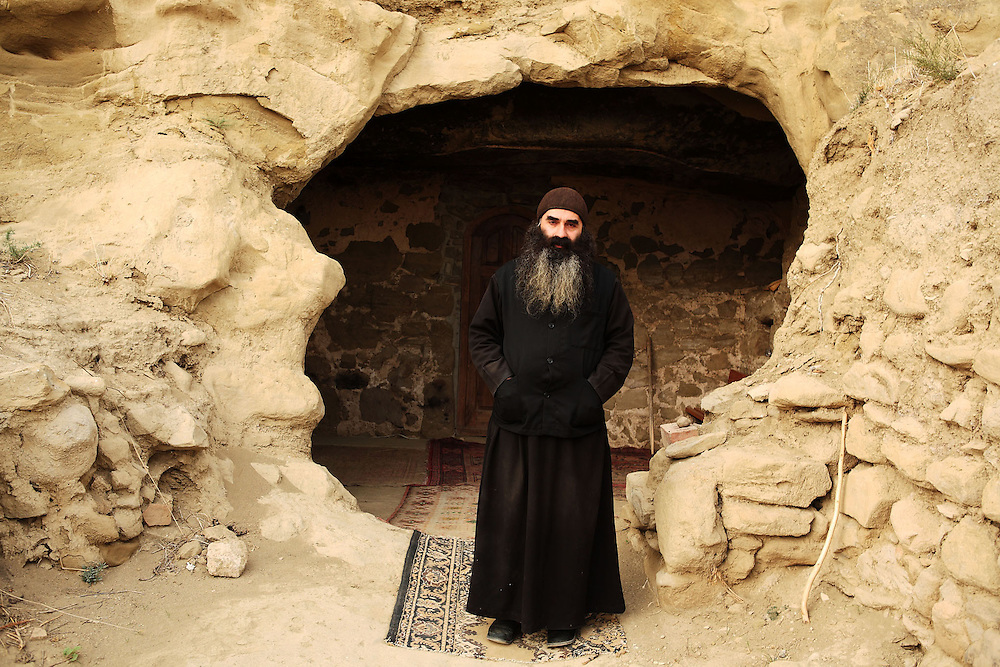