IMG_0024 RUSSIA. Western Siberia. Barnaul. 2015. Every early morning, Tatiana attends Mass in the Caritas’ chapel along with her Christian Orthodox and Catholic colleagues. She works as german interpreter for Caritas. Barnaul is the capital of the Altai region, the city is 180 km south of Novosibirsk. Caritas center is close to the train station in one of the troubled city suburbs but is active throughout the city. Caritas office in Barnaul has a paid staff of 12 employees to carry out its services. 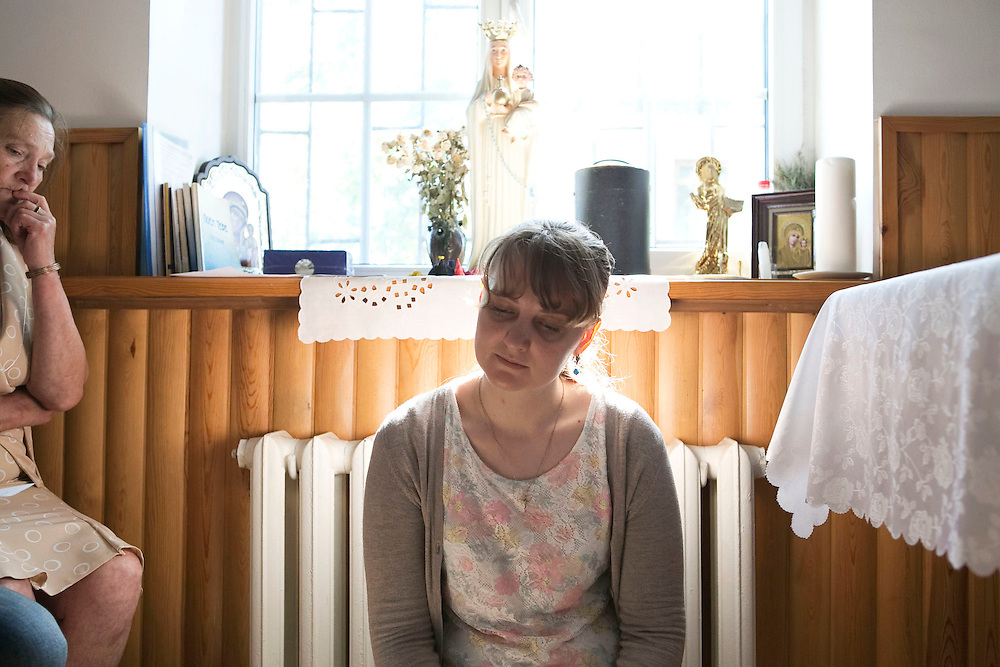