IMG_002 GEORGIA. Akhali Kheoba. 2009. A new settlement built down the road Tbilisi-Gori, where 140 families moved in from South Ossetia, a refugee who comes back home after having tilled his soil. The Georgian government has bought houses and lands for the refugees. They have a per capita income of only 22 per month, about 11 euro, which is below the minimum poverty level.
The rate of unemployment among the refugees is very high. The way of life of the georgians refugees is subsequently deteriorated after the outbreak of the war with Russia in August 2008. The dramatic social situation of the refugees of South Ossetia and Abkhazia is becoming an unsustainable burden for the society and the Georgian Government without the support of the international community. 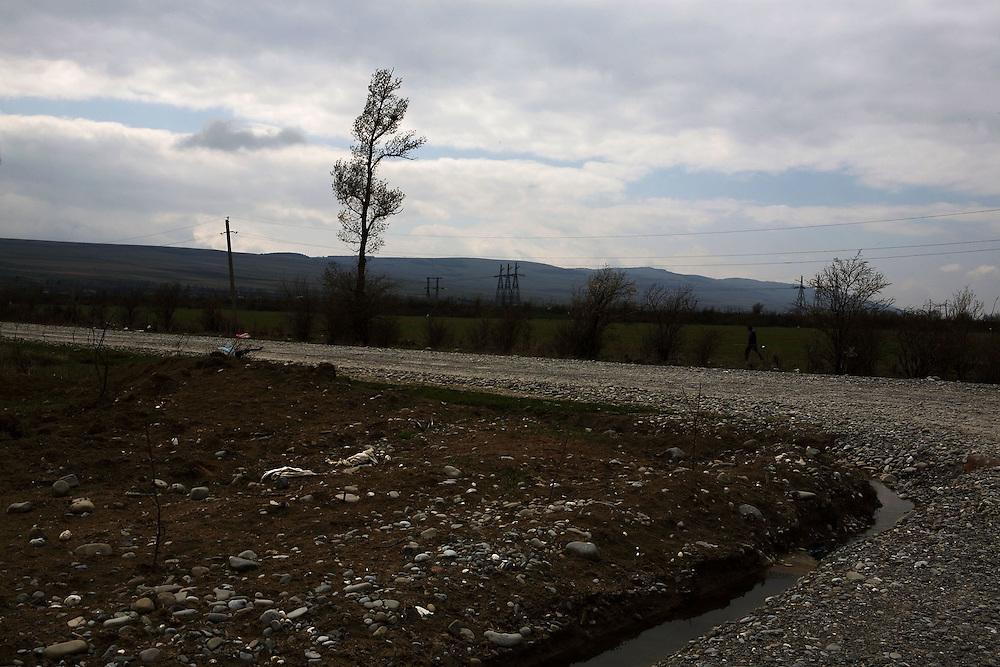