IMG_009 GEORGIA. Tbilisi. 2009. Avlabari’s metro station. As a result of the war with Russia in the August 2008, 35.000 ossetian refugees fled in the North Ossetia and 167.000 Georgians were forced to leave their houses ( 25.000 refugees from South Ossetia and 6.000 from the Kodori Gorge, in the Upper Abkhazia).
Georgian refugees moved in 448 IDP shelters across their country. The majority of them, 296, are in Tbilisi.
Public schools, kindergartens, research institutions, higher education institutions and student dormitories are typical of the buildings pressed into service to help them.
Initially, 202 of Tbilisi’s public schools sheltered IDPs. These were later transferred to other buildings, including kindergartens, freeing up 164 schools. A further 24 establishments have been partly vacated. It has not been possible to vacate every school; to date; sixteen of them are still used as emergency accommodation. 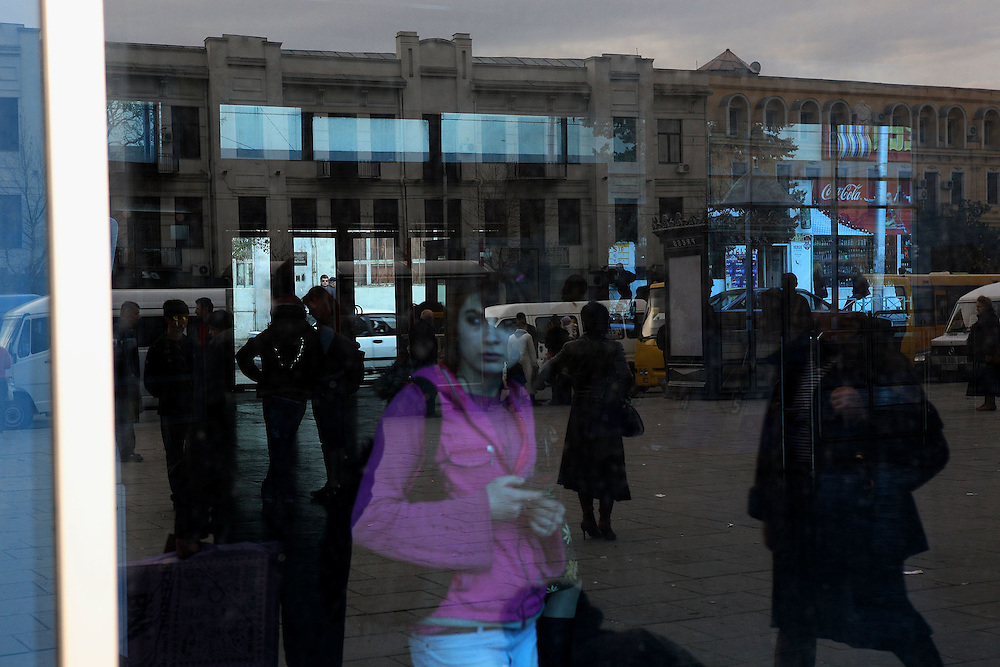